The Best Motivational Films in the Business World 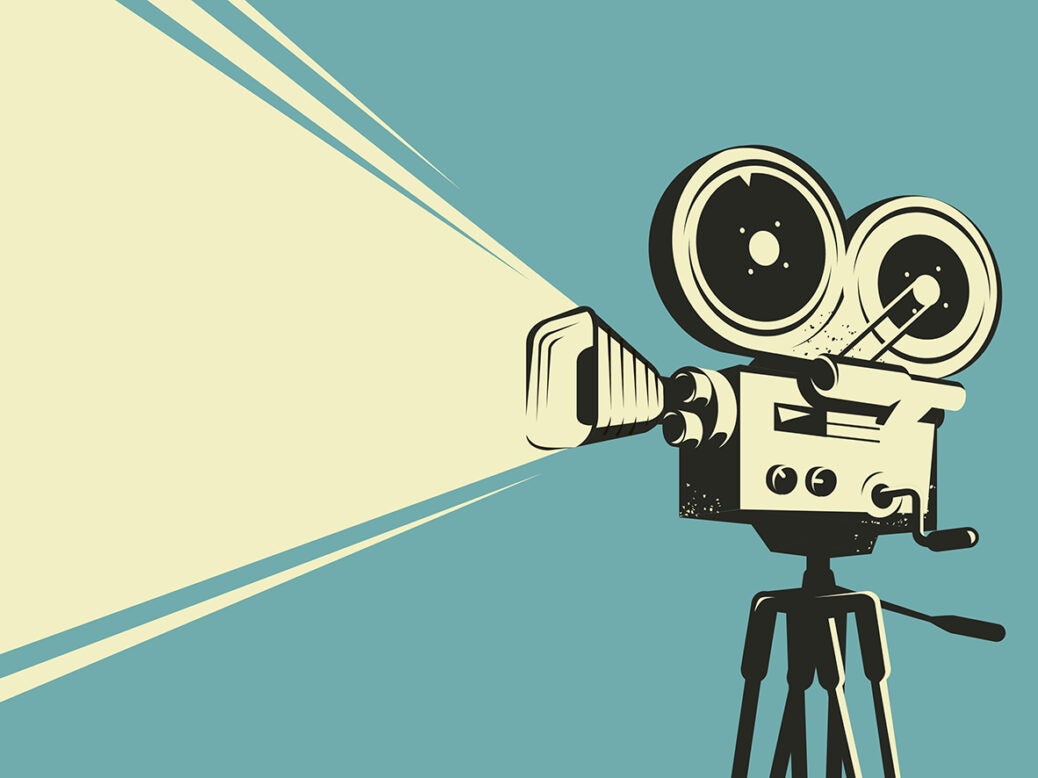 From the moment you start your business life, a new perception window starts to open in your mind. In this window, you try to find the details that are the secret of success in order to improve your business, make a career or get better earnings. Of course, in your private life, you feel the need to constantly change and renew yourself in this direction in your preferences. Your social environment and relationships can be a good source of motivation in this direction. Perhaps one of the different motivations on your entrepreneurial side in this business world may have been influenced by a novel or a movie. Let the communicators discuss that films that sometimes leave a mark on real events that have happened, sometimes with completely fictionalized stories, have an impact on our lives, consciously or without realizing it, we have compiled for you some of the films that may be the most inspiring aspects that entrepreneurs watch in the business world for you. The desire to earn money, the risks taken, the competitive struggles and the targeted success… Of course, the details of motivation that may be ethical and success factors rather than exaggerations and irregularities that may be used to increase the viewing effect of films based on fiction may perhaps give you a new perspective in your business. Have a good day everyone already.

The Pursuit of Happyness -Losing Hope (2006)

The first film that comes to mind in effective and dramatic films about business life is Losing Hope. Chris Gardner (Will Smith) is a good father and a good wife. however, he is experiencing problems in his business and is financially shaken. Therefore, unrest prevails in his house for some time, and his wife leaves him, deciding that she can no longer endure the troubles. Their son, also named Christopher, remains with his father. As if the abandonment of his wife was not enough, the landlord father throws the son out. He stays on the streets, tries to stand in the toilets, working in the house of the poor. The love of his son is everything to this struggling father. And a battle for existence, added to love, features the struggle of the father with his son, who has not lost hope.

New business ideas business callers watched one of the movies in the world in social networking, film, popular culture, call the beginning of the 2000s the new millennium in 2003, which has become a phenomenon all over the world billions of Facebook founder Mark Zuckerberg and his friends, it is the story of the social media platform.

When Mark Zuckerberg, a college student, is dumped by his girlfriend, one day he infiltrates Harvard University’s system. He has been dumped by his girlfriend and wants to combine the pain of this into a database where all the girls on campus have information. In the application he wrote, it is possible to choose which one is more beautiful by voting the photos of the girls on both sides of the screen. Mark names the page Facemash. The success of the site spreads quickly, but Mark’s hatred of women and the fact that he violated privacy rules in this way also attracts the reaction of Harvard University. This situation causes the site to evolve and become Facebook. Facebook, which was first used only at Harvard University, then opened up at other universities and began to spread all over the world, from the Ivy League to Silicon Valley. The facts behind Facebook, which is one of the first applications that come to mind today when it comes to social media, the story of its formation and the pros and cons that it offers to today’s world are discussed based on the story of Mark Zuckerberg.

A film that shows the possible impact of not thinking like everyone else.

Billy Beane (Brad Pitt) is the head of the Oakland A’s baseball team, and with a limited budget, he challenges rich clubs by officially creating a team out of nothing. In doing so, he is shaking the basic principles of baseball sports. Even if his methods are not adopted and interpreted as madness, Beane continues to move forward in the way he believes.

Moneyball is signed by Bennett Miller, whose first film, made in 2005, was nominated for the Best Director Oscar in the same year as Capote. The film premiered at the Toronto Film Festival and received generally good reviews.

One of the best entrepreneur films is Steve Jobs The Man in the Machine. He is the founder of the technology giant Apple company and 20. it features the life story of Steve Jobs, one of the most prominent figures of the century. The film is directed by Oscar-winning director Danny Boyle and written by Oscar-winning Aaron Sorkin. In the film, Apple founder Steve Jobs is portrayed by Michael Fassbender. Joanna Hoffman, the former marketing manager of Macintosh, is played by Kate Winslet. The film, in which we will follow the wise and ambitious aspect of Steve Jobs’ characteristic features, also features Jobs’ private life. In the film adapted from Walter Isaacson’s book, we witness his relationship with his daughter Lisa.

One of the best entrepreneur films, The FOunder, which tells the story of a salesman Ray Kroc, we are witnessing how two brothers turned their innovative fast food restaurant (McDonald’s) into one of the largest restaurant businesses in the world in a triangle of ambition, stubbornness and ruthlessness.
Starring Linda Cardellini, Patrick Wilson and John Lee Hancock, the film is directed by John Lee Hancock. The main character of the film is played by the famous actor Michael Keaton.

this documentary, filmed in 2001, is about the stages of an internet startup.

This documentary is about two young entrepreneurs, Kaleil Isaza Tuzman and Tom Herman, who Decamped between 1998 and 2000 to produce a software that will be used in the contracting and purchasing departments of government departments in America govworks.com it’s about U. founded in 1998 as Public Data Systems, the company has been trying to change itself as an internet portal during the boom years of the internet. in January 2001, the company was sold by its founders to First Data Corporation. However, this sale ends up with a huge loss, and it is estimated that the entrepreneurs spent $ 60 million during the 3 years they were alive.

The life stories of people who have left their mark on the technology world are gaining more attention with the development of technology in the last twenty years. Pirates of Silicon Valley (Pirates of Silicon Valley), made in 1999, is a biography film about the college years of both Steve Jobs and Bill Gates, whose paths crossed in the early part of his life, about the years when they founded their companies and went to the exit, you may be interested in.

We can say that the film, in which you can see what happened against the background of the great crisis of 2011, which has not been erased from the memories of the financial world in particular, left a shocking impact. as a result of the economic crisis that broke out in America in 2008, G. W. It deals with the phenomenon of Secretary of the economy Henry Paulson, whom Bush appointed to solve the problem, starring William Hurt, James Woods, John Heard and Amy Carlson, the film is directed by Curtis Hanson.

One of the movies that entrepreneurs should definitely watch is Wall Street. The film tells the intriguing story behind the scenes of the business world of the 1980s. In the film, Michael Douglas, as the character of Gordon Gekko, an ambitious and young stockbroker, a legend of Wall Street (Charlie Sheen), won an Oscar Award for his performance in the film. Seduced by Gordon Gekko, she steps into an illegal and extremely lucrative world. However, he will soon realize that the price of the riches gained overnight is very heavy.

Joy is a girl whose imagination has been very developed since she was little and who is in pursuit of producing new inventions. Despite the difficulties he experiences in his life and in his family, he never loses his productivity; he does all kinds of work on practical issues in everyday life. Meanwhile, he tries to lead a “normal” life with his Decedent wife, his troubled mother, two small children who want attention and his half-badass father. But one day everything bothers her, and Joy rolls up her sleeves again to fulfill her dreams that she left unfinished.
The film stars Jennifer Lawrence in the title role, as well as Bradley Cooper and Robert De Niro in the film My Ray of Hope.

As the highest representative of the International Sports Administration (SMI), Jerry Maguire is the undisputed leader of the community. Jerry is devoted to his beautiful fiancée, Avery Bishop, and they have a good relationship. The only problem is that Jerry has made himself a routine. His friendship is good, but in sexuality he is bad. ‘What We Think and What We Can’t Say: Is the Future of Our Business,’ Jerry wrote for SMI.’ Because of the slogan, things get complicated and he gets fired. Even though he has been fired from his job, he has self-confidence and is aware of who he is, and he has to start everything from scratch…

The film No Limit is based on the bestselling debut novel by author Alan Glynn. Neil Burger, who made his name a lot with the film “The Magician (The Illusionist)”, is in the director’s chair of the film. The plot of the film; Eddie is a writer who lives an irregular life in New York and is not very successful. After breaking up with his girlfriend, Eddie’s life will change completely one day when he meets an old friend on the road. Thanks to a pill given by his old friend, Eddie’s brain begins to work at full capacity. With the effect of this addition, Eddie, who has changed in a moment, begins to look at life with a different eye, has money, charm and a high intelligence. Of course, with the appearance of the side effects of this power, a lot begins to change.